In the interests of public health, Coldwater Canyon Park and its surrounding trails remain closed in an effort to protect visitors and TreePeople staff. We look forward to reopening soon. However, we are holding volunteer events with limited capacity. To find out more, email volunteer@treepeople.org.

The series will address a variety of environmental issues that impact our communities, including wildfires, clean water as a right, shade and urban heat, and the future of parks and open spaces. T.R.E.E. Talks aim to advance discussions to effect equitable solutions at the local, state, and global levels.

HEATING UP: How non-profits, the private sector, and governments are uniting to combat urban heat

Extreme heat in cities is already the leading weather-related killer in many countries, including the United States. Join us for a robust discussion on urban heat and how governments, the private sector, and the tech industry are all responding to its deadly effects. The panel will address how communities here in Los Angeles and around the world are committed to finding solutions to this growing public health crisis.

Segura is a strategic, resourceful environmental and health justice advocate with a focus on social equity, appointed by Mayor Eric Garcetti as the first-ever Climate Emergency Mobilization Director (CEMD). She is also a leading expert in community health and engagement and has worked directly with public, philanthropic, private, institutional and non-profit sectors to design, implement, and drive community & policy-driven programs that promote healthier and more engaged communities. She has an extensive track record in public health, environmental justice, and urban parks. Segura thrives in advocacy, strategic planning, building partnerships and coalitions.

Ms. Segura holds a Master’s of Public Health (MPH) from UCLA. She previously served as Program Officer for the California Endowment, and as the first Latina Program Director for UCLA-LOSH and Labor Center. She was the first Statewide Organizing Director in Los Angeles, for Communities for a Better Environment during its nascent years in Southern California, and was quickly promoted to the role of Statewide Associate Director. She also worked in creating parks and open space in the early years of the Los Angeles Neighborhood Land Trust. She served on the L.A. City Planning Commission, and as the Chair of the Equity and Inclusion Board Committee at the Los Angeles League of Conservation Voters, as well as on the Board of the Southern California Leadership Network.

Marta has broken many glass ceilings for her community, and served as a mentor to many, while consistently committing to building and connecting the voices that lead to healthier thriving communities. Marta is the daughter of cannery workers and knows all too well what it is like to grow up with childhood asthma, excessive air pollution living next to freeways, and segregated substandard schools, not unlike many frontline communities she collaborates with today. Segura also experienced housing displacement as a result of a project that demolished her entire neighborhood in San Jose. Segura believes that adversity she faced early in life, strengthened her vision and resolve, while it shaped her collaborative approach.

Kurt is the Executive Director of the Global Cool Cities Alliance (GCCA). Launched in 2011, GCCA is a non-profit that works with over 50 cities worldwide to implement passive cooling measures to build heat resilience. He is the lead author of the World Bank’s Cool Cities Primer: Reducing Excessive Heat and many other publications and papers on integrating passive cooling into urban and rural communities. He manages the Million Cool Roofs Challenge, an initiative to grow markets for passive cooling in 10 countries where lack of cooling access is most dire. He is a partner in the Los Angeles Urban Cooling Collaborative which studied the effects of cool and green infrastructure on the health of Los Angeles communities. Prior to launching GCCA, Kurt was the Director of Research for the Energy and Climate Team at the United Nations Foundation.

Swenson is a nationally recognized design leader, researcher, writer, and educator. She is a Senior Principal of MASS Design Group, an international non-profit architecture firm whose mission is to research, build, and advocate for architecture that promotes justice and human dignity. Before joining MASS in early 2020, Swenson was vice president of Design & Sustainability at Enterprise Community Partners, a national nonprofit organization that invests more than $8 billion annually in community development. Swenson’s work explores how critical design practice can and should promote economic and social equity, environmental sustainability, and healthy communities.

A member of the second class of the Enterprise Rose Fellowship, Swenson was tapped to grow and lead the program in 2007, after completing her fellowship with the Piedmont Housing Alliance in Charlottesville, Va. Under her leadership, Swenson recruited and mentored 85 fellows who are the next generation of leaders in architecture and community development. The Rose Fellowship has been showcased at the Museum of Modern Art, the Cooper-Hewitt National Design Museum, the New York Center for Architecture, and the National Building Museum and been recognized by the American Institute of Architects for its groundbreaking work, receiving AIA Awards in 2017 and 2018 for Collaborative Achievement. Swenson founded the Charlottesville Community Design Center and has received numerous design and social innovation awards. Swenson has 20 years of experience in the theoretical and practical application of design thinking and is a talented global public speaker and thought leader.

A prolific writer, she is releasing two books in the fall of 2020: Design with Love: At Home in America, and In Bohemia: A Memoir of Love, Loss and Kindness, both by Schiffer Publishing. In 2008, she co-authored Growing Urban Habitats: Seeking a Housing Development Model. She is a contributing author to Activist Architecture: Philosophy and Practice of Community Design and Expanding Architecture: Design as Activism. She holds a Bachelor of Arts in Comparative Literature from the University of California, Berkeley and a Master of Architecture from The University of Virginia. Swenson was a Loeb Fellowship at the Harvard Graduate School of Design. She is fluent in French and is the single mother of three spirited daughters.

Design with Love: At Home in America is an essay and photo book featuring the work of Rose Fellows from 2000 to the present by Katie Swenson. With photography by Harry Connolly, the book is a photojournalist dream and coffee table book documenting partnerships and innovations in design across the U.S. led by some of the most talented social entrepreneurs, architects, and community planners in the country. The book captures the lessons of 20 years of community-based development to create beautiful, well-designed affordable housing for some of America’s most vulnerable communities, from the streets of Skid Row in Los Angeles to disinvested blocks of West Baltimore. These hopeful stories and photographs show how designers, social activists, and community members have worked together to improve justice and equity — even in the direst of circumstances of inequality, racism, and neglect.

In 2016, Cindy became the CEO of TreePeople, making her the first Latina CEO of an environmental organization in U.S. history.

At the age of 25, Cindy was elected as the youngest mayor and councilmember of her hometown of San Fernando, CA. At 28 years old, she made history by becoming the youngest woman elected to the California State Legislature, where she became a champion for the environment, sustainable urban planning and social justice.

Cindy then moved on to serve as Assistant General Manager at the Los Angeles Department of Water and Power, where she was a core part of the team transitioning the nation’s largest publicly-owned utility to cleaner energy and a more sustainable local water supply.

Cindy is currently a Board Member for the UCLA Institute of the Environment and Sustainability and a Legislator In-Residence at the USC Jesse M. Unruh Institute of Politics.

2/4/21 Climate Change from the Streets

Climate Change from the Streets 2/4/21

With the book Climate Change from the Streets as anchor to the conversation, environmental justice leaders address the local and galvanizing influence low-income people of color bring to advancing their advocacy work on climate change at the state and federal levels. Proving that climate change is an environmental justice issue, participants will discuss how environmental protection and improving public health are inextricably linked. The discussion will be followed by a Q&A with the audience. 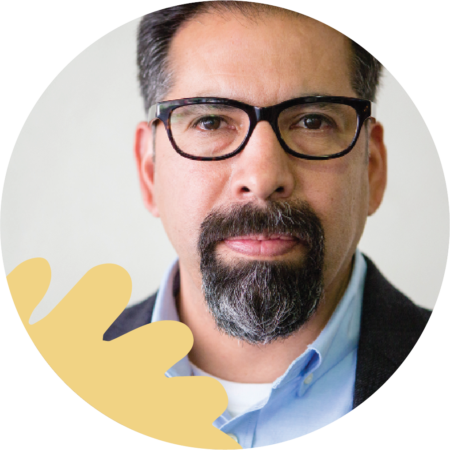 Angelo is the Campaign Director for the Moving Forward Network and co-founder of East Yard Communities for Environmental Justice.For 20 years, Angelo has been advocating for his community and communities across the country impacted by industrial pollution and the goods movement system. Logan serves on multiple boards and advisory committees where he provides his perspective through an environmental justice and equity lens. 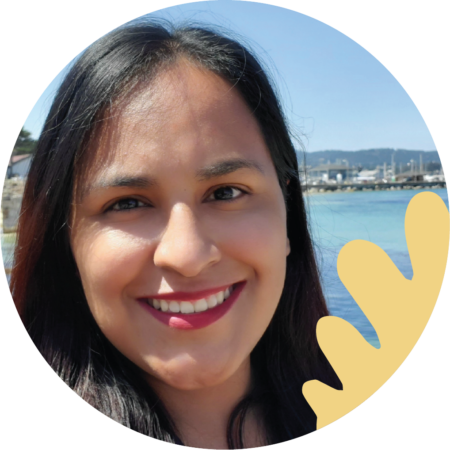 Mariana the Clean Water and Ocean Advocate at GreenLatinos a non-profit organization that convenes a broad coalition of Latino leaders committed to addressing national, regional and local environmental, natural resources and conservation issues that significantly affect the health and welfare of the Latino community in the United States.

Mariana was awarded the Jefferson’s Award in 2017 for her efforts of bringing together the community and its stakeholders to reduce single-use plastics at the local level. Through her work in coalition building, environmental justice policy advocacy, public education, and community engagement, Mariana has a strong passion and commitment to serve GreenLatinos. @delvalle_almar 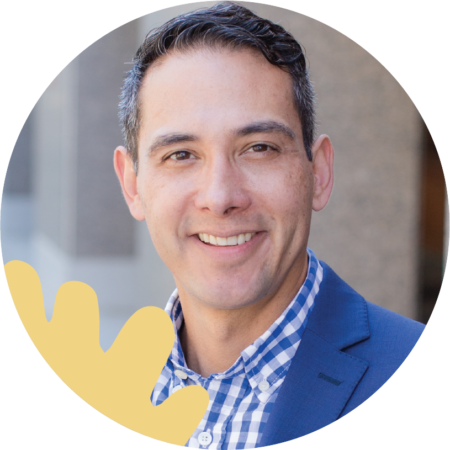 Assistant professor of environmental policy and planning at the University of California, Irvine

Dr. Michael Mendez is an assistant professor of environmental policy and planning at the University of California, Irvine. He previously was the inaugural James and Mary Pinchot Faculty Fellow in Sustainability Studies at the Yale School of Forestry and Environmental Studies. Michael has more than a decade of senior-level experience in the public and private sectors, where he consulted and actively engaged in the policymaking process. This included working for the California State Legislature as a senior consultant, lobbyist, gubernatorial appointee, and as vice chair of the Sacramento City Planning Commission. 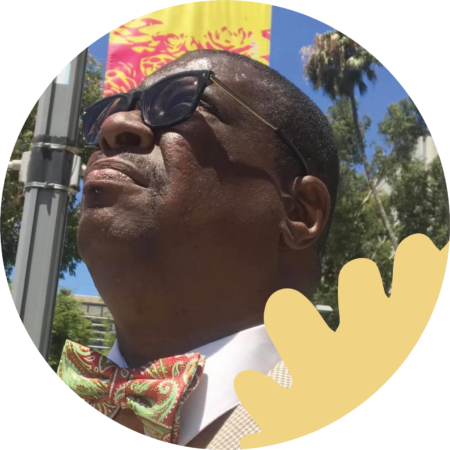 Mac Shorty grew up in the Watts housing project Jordan Downs Housing. Born the oldest of four children, he learned at an early age about the civil rights movement from his grandparents, who came to Los Angeles by way of the Mississippi civil rights movement. After spending time helping his grandmother organize the first IHSS union recognized by the state of California, Mac then began to lace up his shoes and beat the pavement for several local political campaign, then he got the sprites of his ancestors of the civil rights movement and so was born a true civil rights advocate. He continued to champion for justice for those who felt like their voices were not being heard at city hall or the state level, later he formed a community repower movement to address environmental concerns in the Watts community. 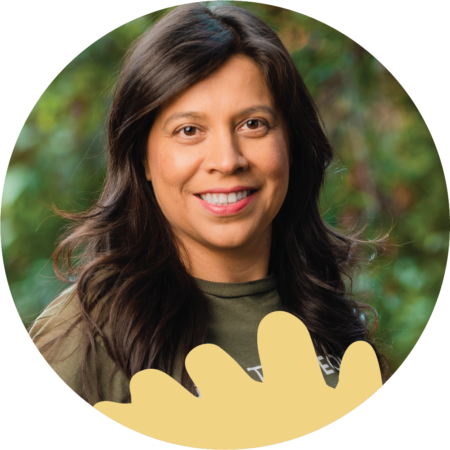 In 2016, Cindy became the CEO of TreePeople, making her the first Latina CEO of an environmental organization in U.S. history.

At the age of 25, Cindy was elected as the youngest mayor and councilmember of her hometown of San Fernando, CA. At 28 years old, she made history by becoming the youngest woman elected to the California State Legislature, where she became a champion for the environment, sustainable urban planning and social justice.?

Cindy then moved on to serve as Assistant General Manager at the Los Angeles Department of Water and Power, where she was a core part of the team transitioning the nation's largest publicly-owned utility to cleaner energy and a more sustainable local water supply.?

Cindy is currently a Board Member for the UCLA Institute of the Environment and Sustainability and a Legislator In-Residence at the USC Jesse M. Unruh Institute of Politics.?